What Is Your Mindset?

Home/Coaching/What Is Your Mindset?
Previous Next

What Is Your Mindset?

Your mental game, or mindset, plays a critical role in whether you will just survive or thrive in your career. Everyone experiences tough challenges but do you see these challenges as a learning opportunity or a failure? That is, do you have a fixed or a growth mindset? What mindset are you?

What is a Growth Mindset?

Stanford University academic, Dr Carol Dweck, conducted an experiment with 10 year-old children to see how they cope with challenge and difficulty. She gave them a set of maths problems that were too hard and asked the students to solve them.

Some students responded to the situation like they would a catastrophe. They complained the tests were too difficult for their skill level and they felt their intelligence was being judged. These kids failed the tests. When asked what they would do next time, they responded with things like “cheat”, “find someone who did worse” (so they could feel better about themselves) or “run away”. These kids had a fixed mindset.

But other kids responded with comments like “oh good, I like a challenge” and “there are going to be lots of good learning opportunities today.” These kids had a growth mindset and not surprisingly, performed better in the tests. 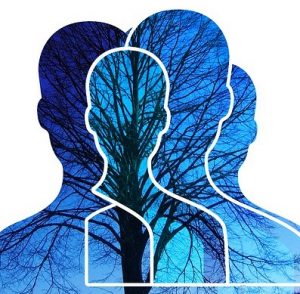 In her TED Talk The Power of Believing You Can Improve Dweck also refers to a high school in Chicago that took a different approach to grading exams. If students didn’t pass their tests, they were awarded the grade “not yet” rather than “fail”.

“If you get a fail, you’re nowhere, but if you get a ‘not yet’ you’re on a learning curve – it gives you a path into the future,” said Ms Dweck.

So, a growth mindset is a way of approaching your career (and your life) that recognises you are constantly learning and growing your mind and capabilities.

How does a Growth Mindset Help My Career?

Many people I speak with are their own worst critics. In a 45-minute career consultation they can tell me every wrong decision they’ve made in their career and how it’s left them feeling unhappy.

They talk to me about the time they “should / shouldn’t have done” or “could / would have done” BUT “they didn’t”.  They see these decisions as personal failings.  One client said to me “if only I didn’t waste my time with that degree, then I wouldn’t be in this job”.  Another client often says to me, “you know if I hadn’t listened to my friends then I wouldn’t have applied for this job and I would still be happy rather than being here with you.”  Thoughts and feelings of failure occupy their minds, often consuming time and energy that could be focused on moving forwards, not dwelling in the past.

It’s easy to assign yourself a ‘fail’ grade for your career and resign yourself to staying in a job that makes you unhappy. But what if rather than ‘fail’, you told yourself “I’m not there yet but I’m on a learning curve” OR you said to yourself “OK this has worked what can I learn from this experience and what can I do to change it?”

This simple re-phrasing can open a world of possibilities.

Imagine you face a big challenge at work:

It would be perfectly normal to feel down about any one of these challenges.

But rather than label yourself a failure, imagine if your reaction was “there are going to be lots of good learning opportunities in this” or “oh good I was hoping this would be a challenge.” Or “OK know I have learnt what not to do”.

On one level, it sounds insincere and foolishly optimistic to react in this way. The point is not to trivialise your feelings but re-frame your thinking so you see a way forward when life throws you curveballs.

This small shift in your thinking can make a seismic difference to your career.  Each of us is born with inherent strengths and limitations but our capacity to grow and learn is not pre-defined at birth. 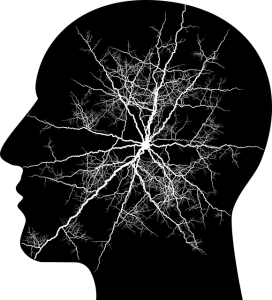 A growth mindset can have similar benefits in adults. If you engage your brain with a challenge and think your way through it, you develop new neural pathways. Your brain literally grows as it learns. If you run away from a challenge, you don’t benefit from the challenge. Your mental capacity is not fixed. With stimulation, your brain and its capacity to solve problems continuously grows.

When 16-year-old Jessica Watson said she wanted to sail around the world solo, she was told she would never make it and her parents were criticised for being irresponsible about her safety.  Her critics could only see how and where she could fail, whereas those with a growth mindset like her and her parents could see the opportunities for success.

Jessica said in an interview “I didn’t have a lot going for me but I did what I had to do to get there. It makes you think what else are people capable of?” she demonstrated her growth mindset.

On her first trial expedition, Jessica crashed her yacht into a ship, which broke the mast on her yacht. The naysayers delighted in saying “I told you so” but Watson was determined to achieve her dream.

“I don’t think a lot of people make the connection between a big goal and lots of realistic achievable steps along the way. There were so many positives that came out of hitting that ship (although I didn’t think it at the time). It made me more confident that I could handle the situation if everything fell apart at sea,” said Ms Watson.

By accepting challenges and thinking “I’m not there yet but I can learn” you develop your capacity to solve work and life challenges.

Your Career is a Marathon, Not a Sprint

A career is a long run that requires endurance – both mental and physical. A professional athlete trains so they are ‘match ready’ but it doesn’t mean they don’t suffer setbacks like injury or being side-lined for another player.

Most Australians will spend 40 – 50 years of their life working either full-time or part-time, stopping for breaks (either forced or by choice) along the way. And nearly everyone experiences moments when they feel like they’re ‘on the bench’ rather than ‘in the game’.

Having a growth mindset can help with endurance to last the distance and not give up when you’re on the bench.

As a good friend of mine once said, “a problem shared is a problem halved”. Getting through challenges in your career is difficult so having the right support crew is critical.

Jessica Watson said there was no way she could have sailed around the world solo without a dedicated team of people who shared her vision. Her team, from boat builders to cheerleaders, all helped her achieve what the media and critics said was impossible.

“It was a matter of finding people along the way who were going to help me and I found some pretty awesome ones. I was always going to need people to support me and I could never have done it without them” said Jessica Watson.

The same goes for your career. Along your 40-50 year career journey, you need to find the right people who share your vision of who you are and what you can achieve – enablers to help you achieve your goals. Just as top performing athletes need a coach to achieve peak performance, so do professionals. I get a lot of satisfaction helping professionals develop a growth mindset and achieve success in their careers. Why not talk to me about your career, the challenges you face and let me help you be successful?

Click below to organise your free 45-minute career growth conversation

For more information about how to cultivate a growth mindset:

About the Author: Rob Cugno

I am the founder of Future U Coaching and I’m passionate about helping people find the career they love.